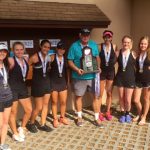 Your Olympia tennis program made another appearance at the FHSAA State Finals hosted at Sanlando Park in Altamonte Springs Monday, April 11th and Tuesday, April 12th. After both the girls and boys program earned a District and Regional title they were eager to seek another championship in the State FInals. The boys team advanced to 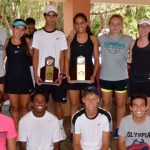 Boys and girls tennis has done it again! The boys have secured their 4th straight district title and the girls have earned their 2nd in a row. The team hosted the District Finals at Lake Cane on Thursday, March 31st. The team will now host the 1st round of regionals vs. Boone High School next

No Events This Week

Events are added by athletic staff.
View All Events